Favourite Souvenirs
The Trash or Treasure – Souvenirs of Travel exhibition at the National Maritime Museum in Sydney, Australia runs until 17 May 2009. I spoke at the museum in late July about my own souvenir collection. Of course wherever you go the perfect tacky souvenir is still the snowdome, like this fine example of a Sydney Opera House snowdome which I photographed right outside the real thing.

Mosque alarm – wonderfully tacky and widely available at souks (markets) in the Middle East (can’t remember if I bought this one in Muscat, Oman or Dubai, UAE). It’s guaranteed to wake you up with a pre-dawn call-to-prayer. 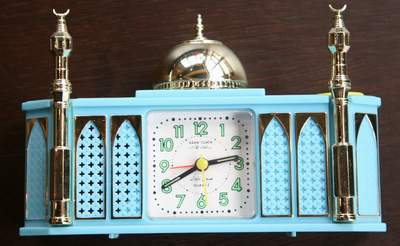 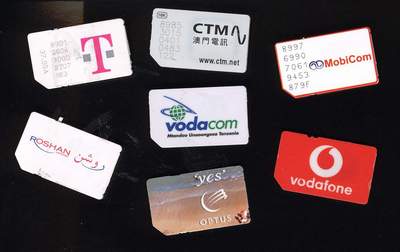 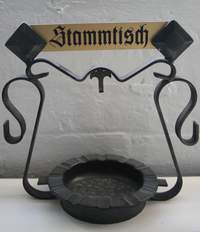 The Stammtisch – ‘you can’t sit there,’ said my German friends as they arrived, clutching steins of beer, at the table I’d grabbed, ‘that’s the stammtisch.’ Well I didn’t know traditional German bars have a table reserved for the (usually elderly) regulars. When I departed Berlin a few days later I was presented with a weighty iron ‘stammtisch’ sign-cum-ashtray.

Chevy Bel Air – it’s a 1955 Chevrolet Bel Air, just like my dad used to have when I was a small boy. It’s even the right shade of pale green and white. Papier–mâché and made in Cuba my Commie Chevy is proof, yet again, that the countries that the US gets on worst with are the countries that love American cars the best. 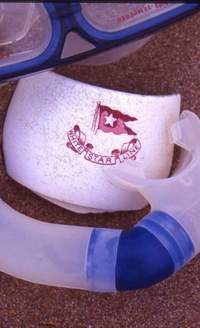 White Star Line cup – I was drift diving out of Portsea in Melbourne’s Port Phillip Bay when I spotted this broken tea cup. Over a century ago ships carrying immigrants to the colony of Victoria used to anchor offshore from the old quarantine station and occasionally broken china got tossed overboard. Every now and then a storm will stir the sandy seabed and unearth a piece. I was lucky to go scuba diving right after a bad storm.