So why didn’t I know about Chad before? It’s south of Libya, north of Central African Republic, west of Sudan and east of Nigeria, Niger and Cameroon. Most of the country is in the Sahara, the real Sahara, and the north of the country features two of the Sahara’s five mountain massifs – Ennedi in the east and Tibesti in the west. 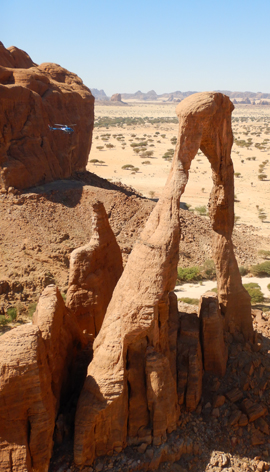 ◄ Arches – the scenery, in the Ennedi and Tibesti is wonderful. The Ennedi felt like a combination of the Bungle Bungles in Western Australia, the gorges of the Macdonnell Ranges in Central Australia and the Arches National Park in the USA. Check one of our helicopters flying towards the Bashekele Arch and click here for rock climbers – they have to be crazy – climbing the arch. Tibesti features a range of extinct volcanoes, extending into Libya, which includes Emi Koussi, the highest mountain in the Sahara at 3415metres. We climbed it, well we climbed the last 350metres at least. 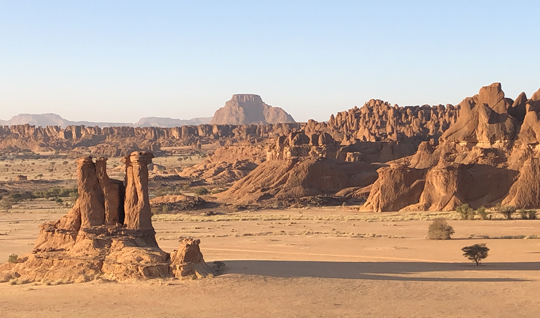 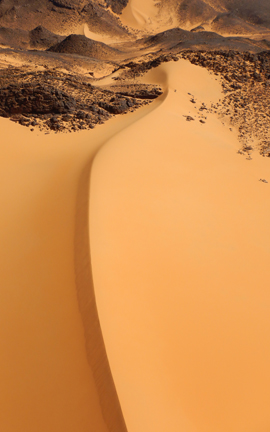 ▲ Scenery – and there was simply amazing scenery everywhere we went. Rocky peaks, pinnacles, gorges, canyons, water holes, oasis – this view is in Ennedi.

◄ And this sand dune was in the Aorounga Impact Crater, Tibesti – there were lots of other dunes. 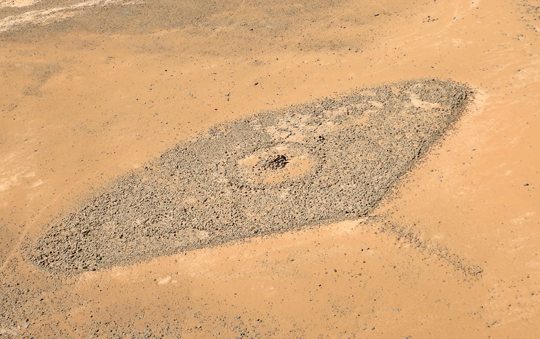 ▲ We often encountered circular stone graves, particular at junctions of valleys, sometimes individual graves, sometimes in large group. Then in Tibesti we saw compass graves, always aligned East-West, I though this one looked like a sting ray or manta ray. The energy involved in collecting and arranging the stones for these graves must have been enormous. I measured out one compass grave we examined, it was nearly 150metres long. 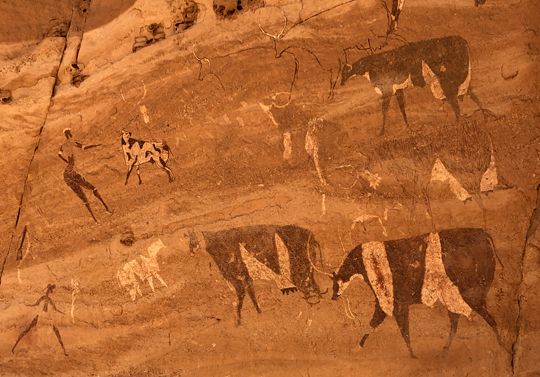 ▲ And art work, these are examples of the Karnasahi Pastoral school of painting at Karnasahi in Tibesti. The art work of northern Chad was really discovered in the 1930s, not far away the rock paintings at Fofoda were discovered in 1934 by François d’Alverny, a French serviceman, but at the time of his death in Indochina in 1945 his discoveries had still not been publicized. Local conflicts and the war with Libya means that study of the art work of Chad is still ongoing. 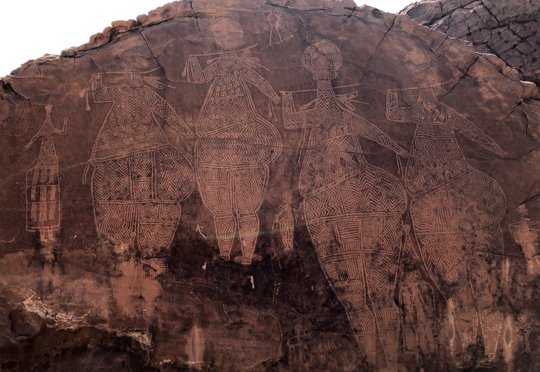 ▲ These engravings at Niola Doa in Ennedi are known as the Maidens Pinnacle or the City of Young Girls. 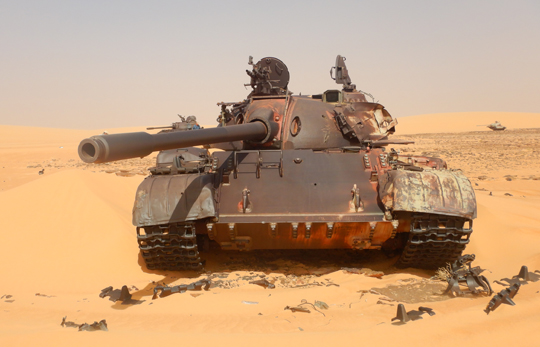 ▲ Our Chad travels also took us to the Tank Fields – up in the north of Ennedi, close to the border with Libya. This is where the Toyota War – check the Wikipedia entry – or even the Great Toyota War took place. In the late ’80s Gaddafi decided that if Chad had oil he’d like to grab it, to add to the oilfields Libya already possessed. In 1987 Libya’s Russian tank force rolled into Chad and were met by the Chad army in ‘technicals,’ Toyoto Hiluxes armed with Milan anti-tank missiles. Final score? Forty dead Russian T55 tanks, three dead Toyotas. The dead tanks litter the desert, untouched for over 30 years since the complete defeat of Gaddafi’s tank force. No doubt Ukraine has taken note? 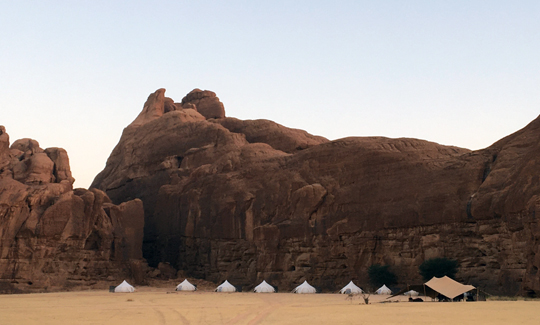 ▲ The Warda Camp site in Ennedi, in Tibesti we stayed at the Aneda Camp, both of them run by the Italian Société de Voyages Sahariens who have been operating in Chad for 30 years. Our helicopters were from Tropic Air in Kenya, if they can put together five weeks work in Chad they fly two helicopters up from Nairobi. Our group spent 10 days exploring the two mountain ranges of this little known country.