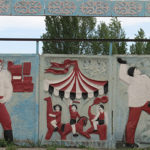 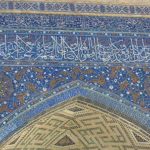 Kyrgyzstan was a case of continuous culture shock, not what I had expected of the ex-Soviet Central Asian ‘stans when it came to the geography or the culture. The surprises continued in Uzbekistan, when we reached Samarkand and Bukhara with their wonderful Islamic art...