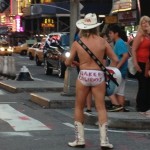 I’ve covered films, now the theatrical highlights of the year from Melbourne, London and New York: Britain: politics & the royal family – Handbagged was kind of Audience.2, ie the weekly meetings between the Queen and her Prime Minister, but just the one PM, Ma...