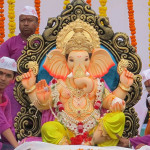 My recent visit to Ratnagiri, following the sad story of King Thibaw’s long spell in exile, concluded with the last day of Ganesh Chaturthi, the 10-day birthday party for the elephant-headed Hindu God of Wisdom. ▲ As a finale images of the God are carried down to t... 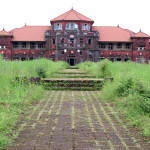 Aung San Suu Kyi wasn’t the first Burmese leader to spend a long time under house arrest. The 100th anniversary of the death of King Thibaw, the last ruler of the Kingdom of Burma, arrives on 19 December 2016. King Thibaw endured 30 years of exile in Ratnagiri after h...