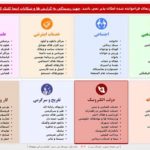 Oh you’re ‘climbing the wall’ – fan qiang – the Chinese journalist commented. I was indeed, I was using a VPN – Virtual Private Network – to ‘climb over the Great Firewall of China.’ China is the most notorious of the countries in the world which spend a great deal...

We all know about the Great Firewall of China, how about the lesser known Firewall of Burma? We’ve taken a lot of criticism at Lonely Planet for publishing a guidebook to the country, officially known as Myanmar today. We published the first edition of our Burma guide...