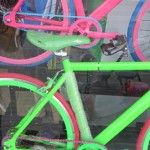 ▲ I like this one! A colourful Chinese fixie. While I was in San Francisco earlier in the month I noted that share bikes had arrived in the Bay Area. And there were some interesting bike trends around. From there I flew to Beijing, enjoying some wonderful views o... 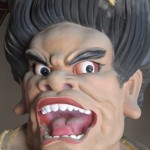 ▲ Datong has the biggest Nine Dragon Wall in China. It’s impressive, this is dragon number 7. I flew in to China from San Francisco to Beijing, took another flight to Taiyuan, continued by train to Pingyao, made a little bicycle side trip out to the Shangluin Tem...