Yerevan – the capital of Armenia 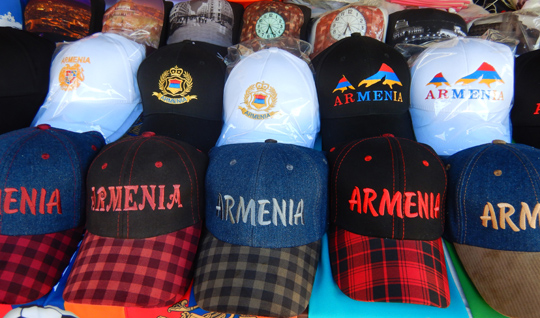 I’ve just posted on my recent travels across Armenia – part 1 and part 2. My trip, however, started and finished in Yerevan, the country’s busy and bright capital city. 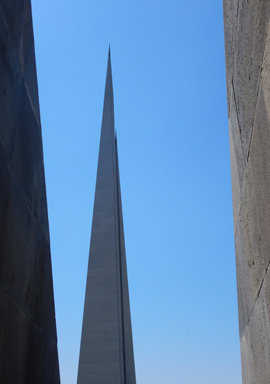 ◄ Any understanding of modern Armenia has to start with a visit to the Armenian Genocide Memorial & Museum. Despite its significant culture and its importance in the development of early Christianity – all those churches and monasteries I visited as I drove around the country – for most of history Armenia has been a diaspora. Like the Jews there were Armenians in many places around the world, but no Armenian nation. After WW I, as Armenia began to take form with the collapse of Ottoman Turkey, it was immediately subsumed into the USSR and only emerged as an independent nation after the collapse of the Soviet Union. Between 1915 and 1922 over a million Armenians died in Turkey or were pushed out of Turkey to die in the deserts of Syria.

The museum tells that tragic story although disappointingly the displays may be very modern, but it’s text heavy, extremely dimly lit and the text is often badly placed. Over and over I found myself thinking ‘I’ll not bother crouching down and needing a light to read this, I’ll get Professor Google to tell me about it later.’ 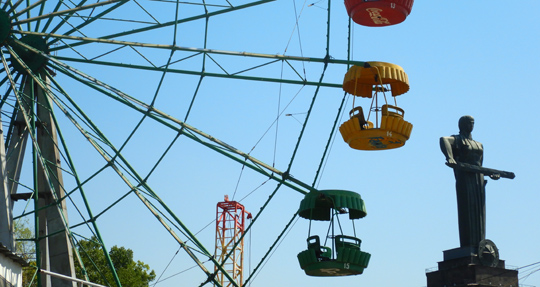 ▲ Some of that fraught struggle for Armenian identity is told again, in a much more old-fashioned manner, in the Mother Armenia Military Museum. The museum is topped by the Mother Armenia Statue, standing in a resolutely ‘don’t mess with Armenia’ stance. She only appeared there in 1967, when the museum opened in 1950 the statue was of Stalin. When Georgian Joe was toppled one night there were several injuries and one death, proving that Stalin could still get you, long after his departure. The museum and statue stands in Haghtanak (Victory) Park which is principally dedicated to rather tatty children’s fairground rides. 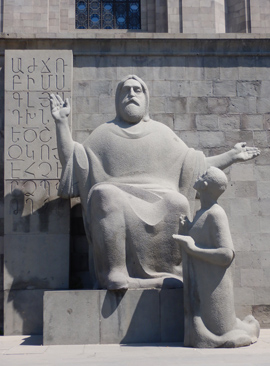 ◄ If you need proof of the solid depth of Armenian culture the Matenadaran, Institute of Ancient Manuscripts, will certainly provide that. Fronted by statues of Armenian scholars and writers the museum houses a huge collection of books and maps, some of the early illuminated manuscripts and books are simply beautiful. 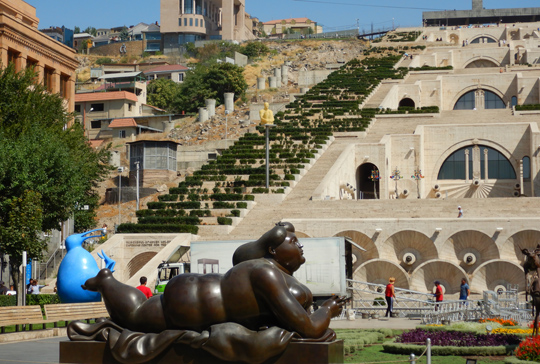 ▲ You can ascend from the city centre up to the hilltop location of the Mother Armenia Museum with help from the escalators in the Cascade, the multiple steps of the Cafesjian Center for the Arts. At the bottom of the Cascade there’s an international collection of sculptures including Woman Smoking a Cigarette and two other classically ‘fat’ figures from Colombian artist Fernando Botero. I bumped into lots of Botero sculptures when I travelled around Colombia in 2008, particularly in his home town Medellin. That blue figure? It’s Blue Kiwi by Peter Woytuk.

◄ The citizens of Armenia are clearly very enthusiastic about statues, there are plenty of them all arouind the city, like this flamboyant one of pianist Arno Babajanyan outside the Opera Theatre. 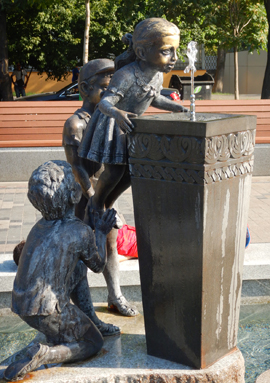 ▲ They also like fountains, particularly the ones in Republic Square which dance into musical action at sunset in summer and keep performing until 10 pm.

◄ There are also plenty of drinking fountains, you never need to carry a water bottle with you – despite the summer heat – as there will always be a drinking fountain dispensing refreshingly cold water nearby Sometimes art and refreshment are combined, like this fountain in the Yerevan 2800 Park. The park features lots of child-friendly opportunities to get soaking wet on a hot summer day. 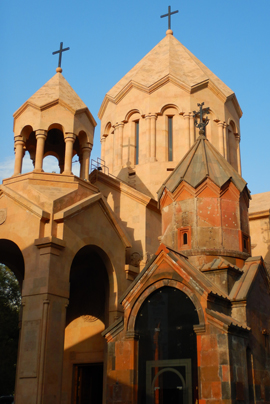 There was lots more to see in Yerevan including the big modern Gregory the Illuminator Cathedral, the Blue Mosque, Yerevan’s only mosque, the excellent History Museum of Armenia on Republic Square, a number of art galleries and assorted museums dedicated to individual artists, writers and filmmakers. Plus plenty of cafes, bars and restaurants to refresh and sustain you after all that sightseeing.