From Longreach I jumped in a rent-a-car and continued west to Winton, way out west. From Winton if you continue further west you reach Boulia and then you’re out of Queensland and into the Northern Territory. 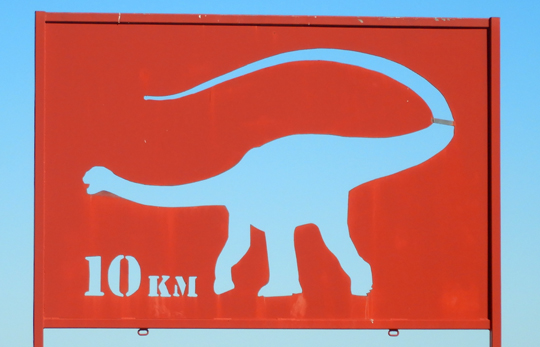 ▲ As you approach Winton there are signs letting you know that you’re into dinosaur territory, that’s my next posting, on a visit to the Lark Quarry ‘dinosaur stampede’ site. 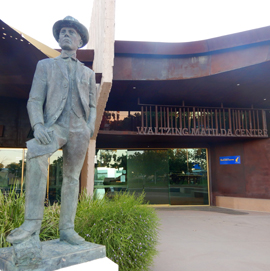 ◄ Statue of Banjo Paterson outside the Waltzing Matilda Centre

Winton will always be connected with poet, journalist, writer Banjo Paterson. He features on the Australian $10 banknote, as a statue on the main street of Winton and as the author of Australia’s unofficial national anthem Waltzing Matilda. It may be far better known than the real national anthem – Advance Australia Fair – but you really can’t have a national song about a suicidal sheep thief, even if it does feature every Australian icon from boiling billys to jolly swagmen, shady coloabah trees and that handy – for drowning in – billabong.

▲ I stayed in the North Gregory Hotel, a real Oz outback hostelry and the place where it is said Waltzing Matilda was performed for the first time, back in 1895. 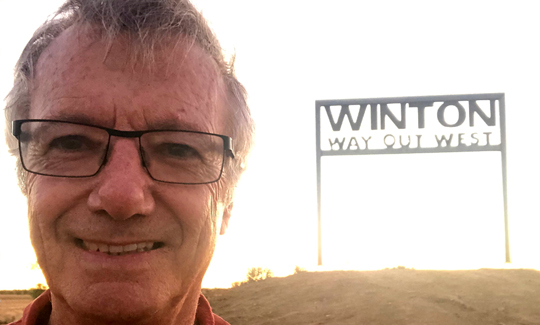 ▲ Sunset on my day in Winton I ventured out to the western edge of the small town for the Way out West selfie. 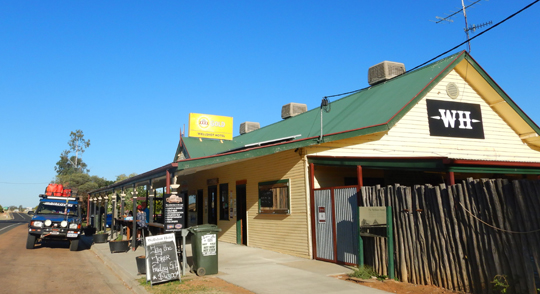 ▲ Before heading west to Winton I’d also travelled a shorter distance east from Longreach to Ilfracombe, a town noted for the Wellshot Hotel, a very good place to front the bar for a cold beer. 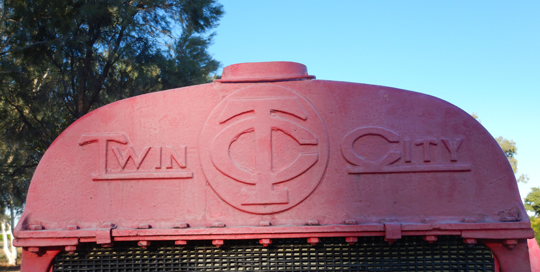 ▲ Ilfracombe is also noted for its Machinery Mile, a long lineup of brightly painted retired machinery along the road through town. Like this Twin City – Minneapolis in the USA of course – tractor. Lots of equipment appeared to be useful for ‘Fire ploughing.’