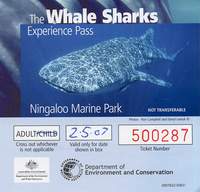 Maureen and I arrived in Australia in December 1972 at Exmouth on the North-West Cape, off a yacht sailing from Bali. In May 2007 I returned to Exmouth to dive with the whale sharks. Rhincondon typus is the world’s biggest shark, whale size in fact. They’re also harmless filter feeders, straining planktonic matter from the water through their gaping mouths. 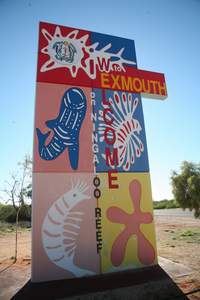 They pass Ningaloo Reef off Exmouth from April to July each year and this is the best place in the world to get up close and personal with them. Whale shark snorkellers are dropped off beside a cruising whale shark and, for a few minutes, you can fin alongside the behemoth. It’s an awesome experience, you emerge from the water with a smile nearly as wide as a whale shark. So thank you Paul, Wren, Inday, Mel and Dani of Kings Ningaloo Reef Tours. Inday made the Wet Foot Productions film clip of the whales sharks. 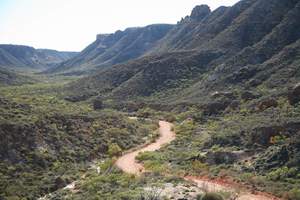 In the 35 years between my two Exmouth visits the small town has become a major tourist destination. Apart from the whale shark migration there’s excellent scuba diving (dive the Labyrinth or Blizzard Ridge at Lighthouse Bay), some terrific walking territory (try the walking track from Charles Knife Road towards Shothole Canyon Road) and superb beaches (sample the snorkelling at Turquoise Bay).

There are also plenty of places to stay including a brand new Novotel and lots of places to eat although the bar at the Potshot Hotel, where I downed the first beer I ever had in Australia, looked remarkably unchanged. Check Lonely Planet’s Western Australia guidebook for the full story. 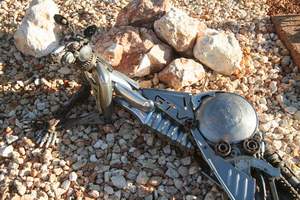 A car parts kangaroo sculpture at the Novotel Ningaloo Reef