Khunjerab Pass to Kashgar
I’ve recently travelled up the Karakoram Highway through northern Pakistan to Kashgar in western China. Part 1 went from Islamabad to Gilgit. In Part 2 I continued through the Hunza Valley and up to the Khunjerab Pass, the 4724 metre high dividing line between Pakistan and China. Now it’s downhill from the pass to Kashgar, the main city of the Muslim Uighur people of western China and after Tibet the touchiest region in China.

Only a couple of km north of the pass and still at a breathtakingly high altitude we came to the touchiest and unfriendliest army checkpoint I’ve ever encountered in China. We had to wait there for three hours until the last bus for the day came through and we could travel in convoy the 140km to Tashkurgan. 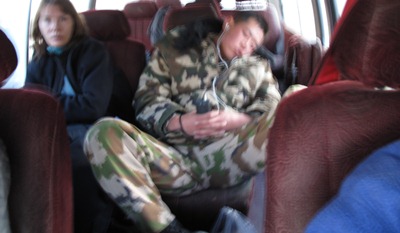 ▲ We had this army guy installed in our minibus – to keep an eye on us? He didn’t do much of that, as soon as we left the army checkpoint he fell asleep and stayed that way until we arrived in Tashkurgan.

▲ Tashkurgan, the first town we reached in China, is the Tajik capital of the region. Tajikistan itself is only a few km to the west. It’s an interesting town, for a short visit, dominated by the imposing ruins of the city’s mud-walled fort. 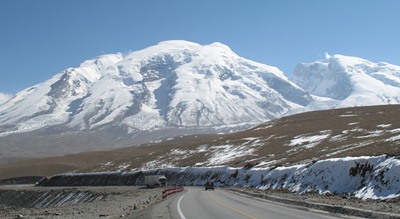 ▲ The Karakoram Highway north to Kashgar may not have the scary sheer drops and soaring valley sides so much of the road in Pakistan features, but it still has some pretty impressive scenery. Kara Kul Lake and 7546 metre Muztagh Ata – ‘Father of Ice Mountains’ – are among the highlights 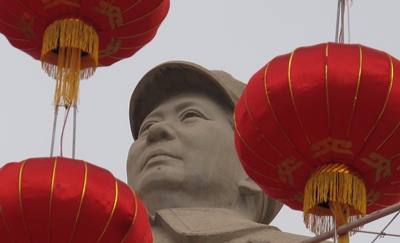 ▲  Sadly much of the old Silk Road charm of Kashgar has disappeared beneath relentless Chinese development. The Uighur people used to constitute 90% of the local population, Han Chinese immigration has reduced that to less than 50%. Mao statues may have disappeared in much of China, but Kashgar still has one of the largest. It was fronted by red lanterns for Chinese Independence Day on 1 October. 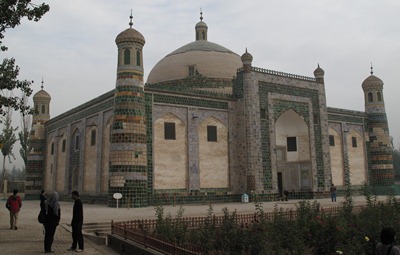 ▲ Islamic architecture like the Abakh Hoja Tomb are reminders of that long Muslim history.

▲ Kashgar’s huge Sunday Market (which actually operates all week) is the town’s number one attraction. Most visitors also get to the livestock market on the edge of town where you can buy anything from a yak to a camel as well as plenty of goats.