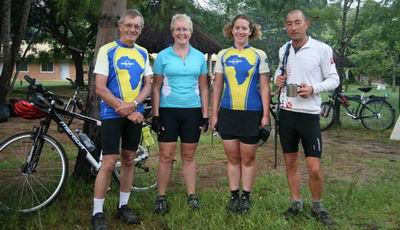 The Lonely Planet team before the Iringa start – me, Fiona Siseman, Rana Freedman and Martin Heng. Rana and Martin rode the last stage and decided to continue on this one as well.

I’m half way through my Iringa (Tanzania) to Lilongwe (Malawi) ride on the Tour d’Afrique. Lonely Planet have entered two relay teams to ride this Cairo (Egypt) to Cape Town (South Africa) four month, 12,000 km safari. Our stages are about two weeks each (so there are 16 of us from Lonely Planet in total) and my stage is Number 5, 1192km in 10 days riding with one rest day at Chitimba Beach on Lake Malawi. 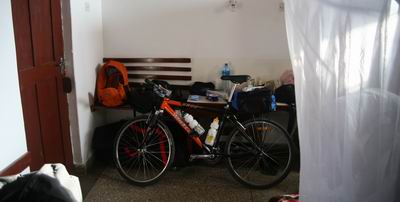 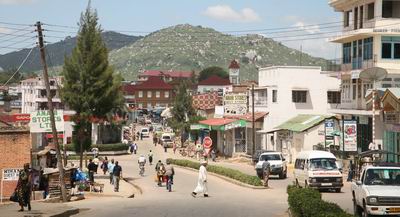 The main street of Iringa, a busy highlands town in central Tanzania

The ride starts out in the roller coaster fashion that it will follow for the first four days. There’s 1245 metres of ascent and only 953 metres of descent, so we end up a fair bit higher than Iringa which was already surprisingly chilly even though the equator is not far to the north. I also end the ride in a wet season downpour so my first night camping is a chilly one. 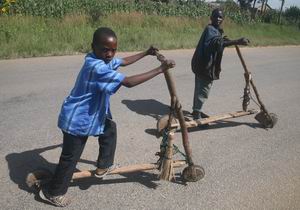 It’s the same story on day 2, we descend more (1523 metres) than we climb (910 metres) but the distance we pedal has jumped from 107km to 128km. I’m beginning to get in the swing of things, up around 6 am, on the road soon after 7 am, a lunch stop two to three hours down the road (so it’s a mid-morning lunch) and enough stops along the way to make sure you don’t get into camp too early. Yeah the rest is good too! I’m a mid-field rider, a long way behind the fast ones but well ahead of the tailenders who are pushed in to camp by the ‘sweep’ who brings up the rear. 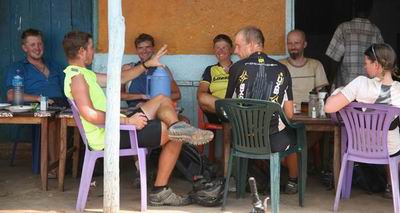 There are lots of opportunities to stop at village cafes for tea, chappatis and Cokes. 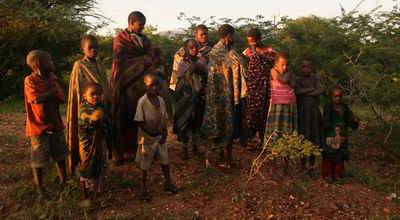 Our camps always attract spectators, these turned out to watch us eat breakfast.

Day 3 I do race, the first 75km undulate as usual but then the final 20km are steeply uphill, a climb of 550metres and then, just when you think it’s nearly over, a steep 100 metre drop all of which you have to gain again before pedalling in to the outskirts of Mbeya. The race is to get a room at the hotel where we’re going to camp in the garden. I’d like electricity and a shower please. I make it, there are still rooms left, and I’ve no sooner moved in than the wet season afternoon deluge arrives. The riders behind me cover their last kms in a downpour.

On a Tanzanian road, the surface was generally excellent. 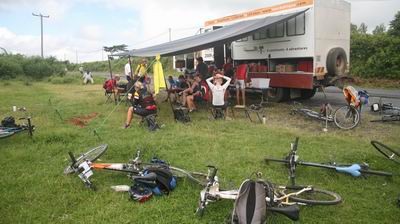 A roadside lunch stop beside the ‘lunch truck’

Day 4 is up up up (500 metres from around 1800 metres to a heady 2300 metres) and then a long swoop downhill, 1800 metres in total) to the Malawi border and on to our camp not far from Lake Malawi. The riding in Tanzania has been superb: superb scenery, friendly people, good but challenging roads, lots to see, and my fellow Tour d’Afrique riders are a great bunch. The organisation is terrific too, the ‘lunch truck’ is always there for lunchtime, the ‘dinner truck’ always turning out hearty rider food (we need those calories).

The spectator crowd builds up beside the first camp in Malawi, eventually there were more than 200. 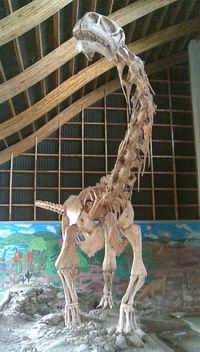 Day 5 isn’t so good, a long haul alongside Lake Malawi into a steady headwind with the road rarely approaching the lake and featuring enough long climbs without, it seems, any compensating downhills to be frankly tedious. It’s just pedal pedal pedal all day. I do drop in to the Karango Museum to see the Malawiosaurus skeleton, but I’m very pleased to arrive at the well organised Chitimba Beach Campsite.