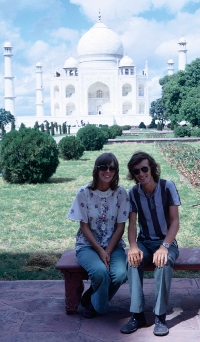 Maureen and I arrived at the Taj Mahal in Agra, India on our first wedding anniversary on 7 October 1972. We’d driven from London to Kabul in Afghanistan where we sold our car and were continuing east on a trip that would eventually end at Sydney in Australia. And lead to the very first Lonely Planet guidebook. 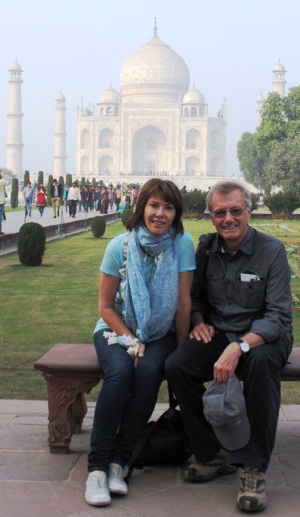 ◄ Last week we were back, here we are back at the Taj, 41 years later. A little timeworn perhaps, but still travelling.