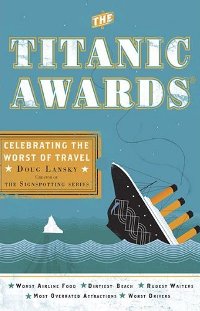 Have I maligned poor Nimbin? It’s an Australian counter-cultural capital in the north of New South Wales and when I put together a ‘worst in travel’ list for Doug Lansky’s Titanic Awards I accused Nimbin of having turned out the worst pizza I’d ever tried (and failed) to eat.

Doug Lansky, who created Lonely Planet’s Signspotting books has turned his Titanic Awards into a book and my pizza accusations have been picked up by The Independent in London and, more dangerously, by the Northern Star, the Nimbin local paper. 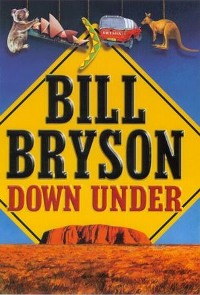 Curiously the news that I was persona non grata in Nimbin reached me on Sunday in Margaret River where I was speaking at the Western Australian wine centre’s Readers & Writers Festival. ‘Oh big deal,’ chorused my Margaret River audience, ‘you should have been here when Bill Bryson (in Down Under) said we’d produced the worst hamburger he’d even eaten.’

OK, it was some years ago I experienced Nimbin’s awful pizza and the Hummingbird Bistro, which looks after food in Nimbin’s pub today, has absolutely no connection with the bad pizza provider of yesteryear. Pizza doesn’t even feature on their menu. But I double checked my judgement with Maureen, who’d never seen my Titanic Awards contribution. ‘Where was the worst pizza you’ve ever had?’ I asked. ‘Easy,’ she replied, ‘Nimbin.’