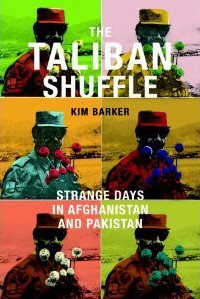 Strange Days in Afghanistan and Pakistan is the subtitle of Kim Barker’s gonzo-journalistic account of seven years in Afghanistan and Pakistan. Having grown up in Montana and never really travelled she was clearly ideal material for the trouble-zone posting. First she was a woman, the Chicago Tribune wanted more women in the field, second, as she explains: ‘I have no kids and no husband, so I’m expendable.’

Like so many Afghanistan visitors she – crazily, inexplicably – falls in love with the place. OK it’s a love-hate relationship, but at the end of the book, when everything, including her job, has gone belly up where does she retreat to sit back and think about things? Montana? No, Kabul. By the end of this bittersweet tale everything is a mess with no sign of how things could get better, but Kim pinpoints one episode ‘when the good war became not such a good war.’ On 29 May 2006 a US army truck ploughed into a row of taxis in Kabul and the mistrust of the western forces in Afghanistan ratcheted up to a higher level.

I drop round to the British Embassy to talk to a contact there and after an interesting discussion, lazing back in the warm sunshine on the embassy’s patch of grass- sipping tea in a traditionally English fashion- I head back to the separate arrivals building, hand in my visitor pass, retrieve my passport and phone Mobin. The guesthouse is only a km or two away and he said he’d zip round to pick me up as soon as I call. 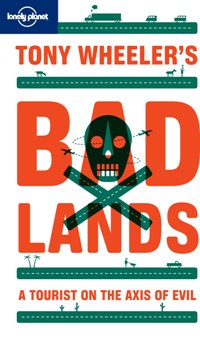 I can’t get through. The lines are congested or there’s some sort of problem with the connection. I sit down, wait a few minutes and call again. Still no luck. Five minutes later I’m about to try again when my embassy contact reappears to announce that something is happening out on the streets and the embassy is being locked down. We wander back by the dining area, grab another cup of tea, and retire to the garden again. The British embassy has a lot of guys around with security written all over them, in appearance if not the words. The Land Cruisers are armoured and so are some of these guys. Gradually the rumours start to percolate and the very first one is pretty close to the truth: there’s been a car accident between a foreigner and an Afghani. Somebody, presumably the Afghani, has been killed and there’s trouble.

Soon alternative rumours pop up. It’s been a collision between an American army vehicle and one or more cars and when the crowd became threatening the Americans fired into the crowd. Or they didn’t and the angry reaction to the accident is simply the resentment already seething from a recent raid in the south which, choose your standard report, got a lot of Taliban bad guys or got a lot of innocent civilians. Quite possibly both. A sudden burst of gunfire seeming to come from just outside the embassy wall confirms that whatever is happening is more than just a rumour.

By this time the news is coming through on the TV, scenes of Hummers racing by angry rock- hurling crowds, a government office and something else – a restaurant? a hotel? – being attacked, a car on fire. The angry crowds are moving towards the parliament building in the south of the city. The embassy quarter, where I’m holed up, is in the north, but then the TV reports that they’re moving north towards the city centre, looting as they go. A hot new rumour reports that the German Embassy, virtually next door to us, is under attack. Obviously the American Embassy is being threatened, but it appears the military are keeping the protesters well away from that tasty target.

We have lunch and talk some more. None of my embassy contact’s afternoon appointments are going to turn up so I don’t have to feel guilty about stealing his time. Barbara Stapleton, a European Union representative, is also marooned at the embassy and also unable to phone out to find what’s happening. We were both in Cambodia in 1993, at the time of the first post-Pol Pot elections, and we swap tales about that sad but lovely country.

I mention Frank Zappa’s definition of what it takes to be a country: ‘You can’t be a real country unless you have a beer and an airline – it helps if you have a football team, or some nuclear weapons, but at least you need a beer,’ and we show our age by remembering some classic rock concerts at the old Rainbow Theatre in London. Barbara recalls a Bob Marley concert where the mood turned uglier and uglier as the crowd waited for the reggae master to finally come on stage. And then turned completely as the audience linked arms for another dose of redemption.

We also talk about the drug situation. The British are about to commit more troops to policing the Taliban-controlled Helmand province, site for much of Afghanistan’s huge opium production. The Taliban did clamp down on opium production when they were in power, but that policy was reversed once they were out of power. Not only does the money from opium support the Taliban and spread violence, it also causes huge problems all the way from poppy field to some junkie’s veins in New York or London. Naturally some leaks out along the way so Pakistan, the old Russian Central Asian republics and Iran all face increasing problems with drug addiction and all the crime, corruption and carnage it brings. Russian journalist Artyom Borovik pointed out in The Hidden War, his fine account of the Soviet war in Afghanistan, that money to support the mujaheddin didn’t only come from the CIA, plenty of western junkies were also doing their unintentional best to support capitalism’s war with Communism.

We’re told we can stay the night at the embassy if necessary and we both joke that in places like this you should always bring your toothbrush along. Things aren’t so friendly out on the streets and when Barbara can finally get a call out it’s to hear that the Care International offices, opposite her own, have been attacked and set on fire. A few minutes later her phone rings. It’s not her driver, who has been caught the other side of a police roadblock, but a driver she used to have, simply phoning up to check she’s all right.

Reports of what happened have now become fairly clear. A US military convoy crashed into a number of cars, possibly accidentally, possibly due to some sort of mechanical failure. It’s irrelevant. In this situation you’re guilty, whatever the cause. Some of the final 11 deaths are a direct consequence of the accident, others result from gunfire, from the convoy personnel, from Afghan military or police. That’s hardly relevant either. Amusingly, an American Embassy spokesman announces that everybody has been moved to a secure location within their heavily fortified building.

Round at the British Embassy we’re still sitting out in the garden.