The State of Africa – Martin Meredith 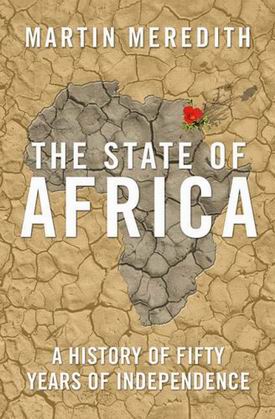 It’s subtitled ‘A History of Fifty Years of Independence’ and what a depressing history it is. There are a handful of positive moments – like the switch from apartheid to majority rule in South Africa – but over and over again the story is the same. Independence arrives with high hopes and wonderful plans, but very soon a ‘big man’ takes over and concentrates on his own well being rather than his country’s. His bank account swells while the general population suffers. Eventually there’s a revolution and a new leader takes over – with high hopes and wonderful plans – but soon he’s just another big man.

Tanzania – where I pedalled my bicycle last month on a section of the Cairo to Cape Town Tour d’Afrique – never descended into inter-tribal chaos or civil war and nobody accuses Julius Nyere of impoverishing Tanzania to top up his own foreign bank account. Instead he simply impoverished Tanzania through his own misguided economic plans. He also peacefully handed over power in 1985, although unfortunately it took 21 years of single party rule (his single party) before he decided it wasn’t necessarily such a good idea.

The State of Africa makes a fascinating introduction to what has gone on in many of the countries of Africa and it’s a great read, guaranteed to make you reel back in open-mouthed shock at the sheer greed, cruelty and outright stupidity of so many of the continent’s leaders. But there is another story. I’ve now made a dozen trips to 21 different African countries over 20 years. I’ve flown right up the west coast from Cape Town to Casablanca, I’ve driven down the west coast on the Plymouth-Banjul Challenge, I’ve climbed Kilimanjaro, scuba dived off Zanzibar, gone whitewater rafting on the Zambezi, visited some amazing Roman ruins in Libya, Tunisia and Morocco  and now I’ve ridden a bicycle 1100 km across Tanzania and Malawi (click for the first part or the second part). I’ve never had anything but a good time in Africa, I’ve met lots of good people, I just wish more of them could enjoy the benefits of having some good government.