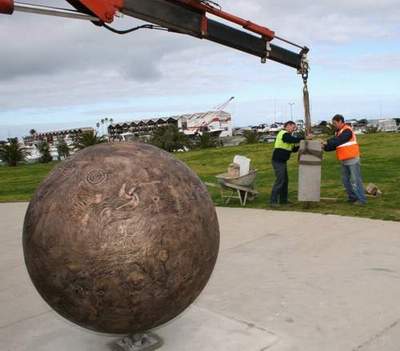 The Melbourne Solar System project launches on Sunday 21 September. It’s a 1:1 billion scale model of our Solar System, stretching along the Melbourne bayside from the Sun by St Kilda Marina to lonely Pluto, 5.9km away beyond Port Melbourne.

The project has been supported by the Planet Wheeler Foundation and will be officially launched at 445 pm, hopefully with a ‘champagne supernova’: ie a bottle of champagne over the sun. Unfortunately I’ll be in England, but my daughter Tashi will be standing in for me. Earlier in the afternoon a Lonely Planet cycling team will set out to ride to the end of the Solar System. And back again. 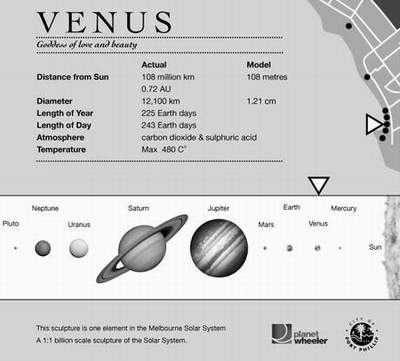 There will be a guided walk through the Solar System at 5 pm.