Earlier this year I spoke at a hotel conference in Macau and listed 10 things I don’t like about hotels – I’ll put that list up on this site in the next week or two.

Meanwhile I’m going to vent about my number one hotel dislike – inflated internet connection charges. We all know Moore’s Law of computer memory expansion, but I reckon the ver Berkmoes law of hotel internet connectivity is equally valid. Ryan ver Berkmoes is an LP author and his rule is that the more expensive the hotel the worse the connections.

A recent article (about something else entirely!) in the International Herald Tribune backed up Ryan’s observations: ‘Why is Wi-Fi free at cheap hotels, but $17 a night at expensive ones?’ the IHT article concluded. 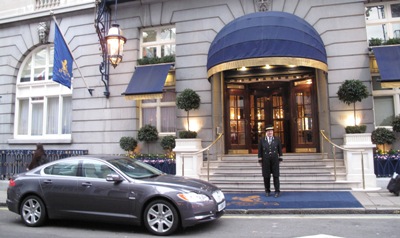 The London-Australia trip Maureen and I made in October featured plenty of expensive hotels and plenty of outrageous internet charges. Topping the list would have to be the Ritz Hotel in London where you can fork out £27 for 24 hours of internet connection – that’s US$43! Clearly the hotel recognises it’s gouging, the concierge points guests towards a nearby Starbucks. 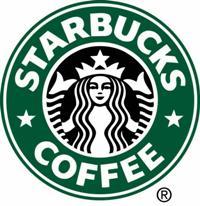 But if I’m paying a heap of money for a room why should I have to decamp to the nearest coffee shop? Essentially it’s an indicator of a generation gap, the Ritz’s ancient clientele also put up with a guest computer stuffed into a room off the lobby so small you can’t even sit in front of the screen. If a backpacker hostel had such miserable facilities their clients would be up in arms! At the Ritz they put up with it.

Elsewhere along the way to Australia here are some more connection charges, the Ritz may have won in the daily charge category, but look what the Raffles and the Oberoi Grand ask for one hour:

• Hotel Ambassadeur, Juan les Pins, France – US$28 a day in your room, but free to use the ADSL line in the business centre
• Old Winter Palace, Luxor, Egypt – free Wi-Fi, but it only works reliably in the lobby of the main building.
• The very flashy Al Bustan Hotel in Muscat, Oman – US$3 for an hour, a comparative bargain
• Oberoi Amarvilas, Agra, India – US$8 an hour, US$22 a day. Right outside the hotel gates are internet cafes at US$1 an hour.
• Radisson Jass, Khajuraho, India – free Wi-Fi but it doesn’t work!
• Oberoi Grand, Calcutta (Kolkata), India – US$13 an hour, US$22 a day.
• Maison Souvannaphoun, Luang Prabang, Laos – free Wi-Fi, in the room or by the pool and reliable!
• Mandarin Oriental, Bangkok, Thailand – US$7 an hour, US$21 a day
• Raffles Hotel, Singapore – US$14 an hour, US$22 a day. A nearby (and quite flash) internet café was just over US$1 an hour
• Pool Villa Club, Lombok, Indonesia – free Wi-Fi, but only near the beachside restaurant.