Want to fly down to Adelaide, spend three days on a new luxury train service to Brisbane, fly back home to Melbourne and write a story about it the man from the Daily Telegraph in London enquired? Sure, why not I agreed, although I was somewhat puzzled that they knew about a new Australian train in London when I’d never heard about it in Australia. 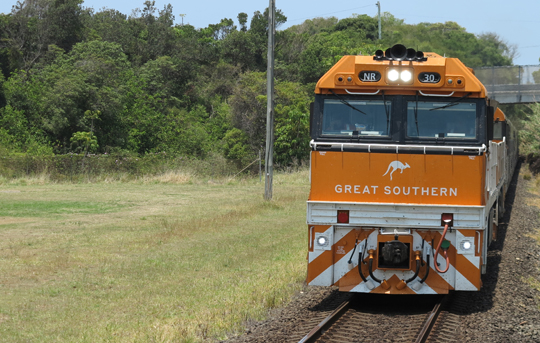 ▲ So I joined the new Great Southern out of Adelaide on its inaugural run, it’s essentially the same train as the famous Ghan which takes a holiday from its Adelaide-Alice Springs-Darwin route in December-January when it’s too hot in the centre and too wet in the Top End. 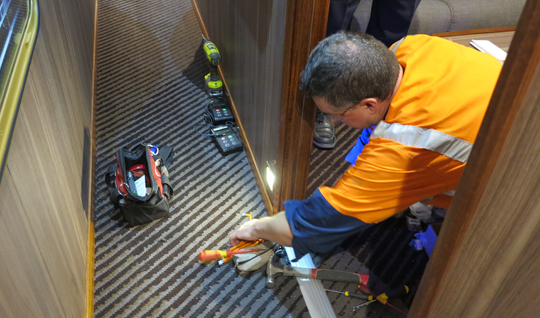 ▲ There was entertainment before we’re even left Adelaide when I got locked out of my room. A techie-engineer came on board, but couldn’t fix it before we left Adelaide so came along with the train as far as Murray Bridge, 80km from our starting point. 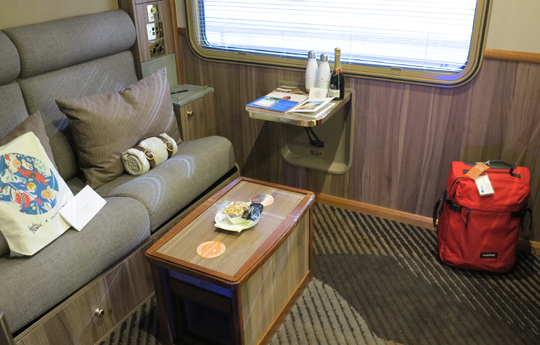 ▲ My very comfortable Platinum room, the Gold rooms are cheaper. Much more luxurious than a compartment on the Venice-Simplon-Orient-Express or the Trans-Siberian. We also had much better food as well, I was pleasant surprised how good the food was. And the wine and beer. 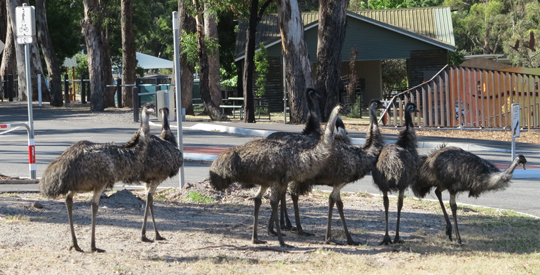 ▲ Along our 2900 km route we made three off-train excursions, the first when we disembarked at Stawell in Victoria and visited Halls Gap in the beautiful Grampians National Park. These emus were clearly at home crossing the main street in the small town. 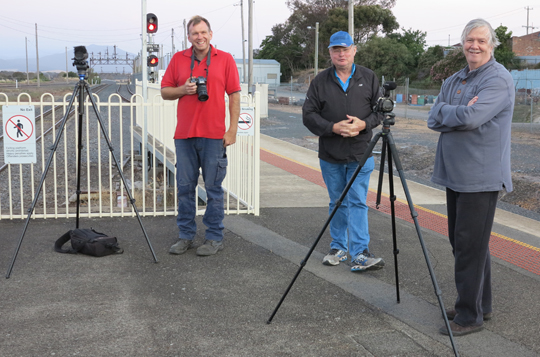 ▲ We got back on board at Ararat where these three trainspotters were waiting for us to pull out. The first run of a new train service attracted avid trainspotters all along our route although in Australia – I was told – they’re gunzels rather than gricers. At Stawell the arrival of our 700 metre long train was rather more than the small town’s train station could handle. You’d need five London Underground train platforms laid end-to-end to accommodate the Great Southern and Stawell’s platform wasn’t long enough either. We blocked the main Melbourne-Adelaide highway at the level crossing while the train was shunted along to get all passengers off.

Day two we got off for a look around Canberra … 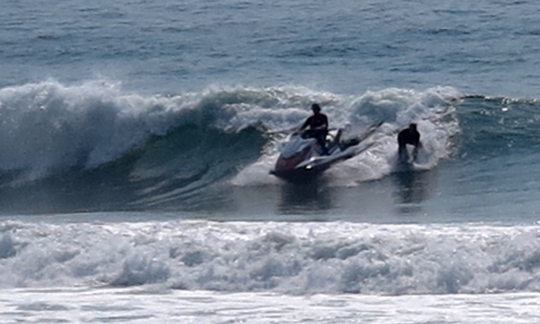 ▲ … and on day three some of us disembarked at Urunga, a small resort town and port on the northern New South Wales coast. We watched surfers getting pulled on to the waves with a jet ski at the break off the river. 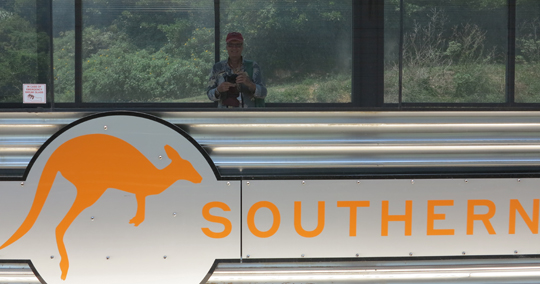 ▲ Then joined the train again, a little north at Coffs Harbour for the final run into Brisbane. It was a great trip. Click here for my Daily Telegraph story.

The Great Southern Logistics
Journey Beyond also operates The Indian Pacific and The Ghan and their new route currently runs in December and January although that season may be extended in the future. Northbound departures leave Adelaide on Friday at 9 am and reach Brisbane just after 5 pm on Sunday, a two-night, three-day trip. Southbound the train rolls out of Brisbane at 1115 am on Monday and after three nights on board rolls into Adelaide at 930 am on Thursdays. The two services follow the same route, but with different excursions along the way.

‘This is a cruise ship on rails’ one of the ever helpful – and often engagingly amusing – staff insisted and indeed it is. Everybody has a room, the Platinum Service rooms are A$3999 per person from Adelaide, A$4599 from Brisbane. They’re much more comfortable rooms – including a bathroom with a shower that works – than you’d find on the Orient Express to Venice or the Trans-Siberian to Moscow. In Gold Class the rooms aren’t so spacious – think bunk beds – but you do get your own en suite in the twins. It’s end-of-the-carriage communal showers and toilets for the compact single cabins although even there you get a vanity sink. In Gold singles are A$2229 travelling north, A$2839 south, twins are from A$2349 per person north, A$2999 south.

All meals – they’re excellent and the same in both classes – plus the champagne, wine and beer are included. If meal times don’t provide enough drinking time you can retire to one of lounges for a nightcap, where you’re likely to find other travellers keen to chat about their railway travels or the ‘off train’ excursions, all of which are included.