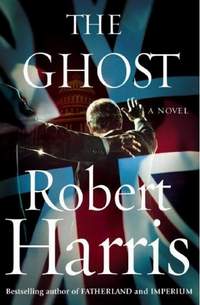 Most of the travelling is around Martha’s Vineyard, the extremely affluent ‘summer escape’ island just south of Cape Cod. But the background to the story ranges much further afield in this very contemporary political thriller. Yes it’s back to the Iraq war and all its unpleasant overspills including ‘extraordinary rendition.’ This time it involves a retired British prime minister (read Tony Blair) and the ghost writer sent in to whip his memoirs into shape, after the first ghost writer died in distinctly mysterious circumstances. Yeah there’s a fair amount of conspiracy theories washing around this one, but one thing we’ve all learnt in recent years is that no conspiracy theory is too far fetched, they’ve all got some truth. A great ‘rip through it’ book for poolside or a long flight, train or bus ride.