Taras Grescoe travels the world looking for banned or disapproved of drinks, foods and substances. So he goes through a meal via aperitif, crackers, cheese, main course, a smoke, digestif, dessert, herbal tea and finally (and very final) a one-time-only nightcap 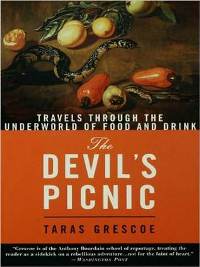 • Hjemmebrent – Oslo Norwegian moonshine
• Poppy seed crackers – Singapore and the whole Singapore control and restriction story from chewing gum to pornography
• Époisses – France – smelly French cheeses and why Americans are so scared of them
• Criadillas – Spain – bull’s balls
• Cigarettes – and no smoking regulations, particularly in San Francisco
• Absinthe – France and Switzerland – the ongoing allure and terror of the ‘green fairy’
• Chocolate mousse – chocolate
• Coca – coca leaves in Bolivia and the whole absurdity of the War on Drugs
• Phentobarbital Sodium – suicide in Zurich

The most interesting parts, I thought, were the whole question of the war on drugs, particularly in Colombia. Read about the damage done by thoughtless aerial defoliation and you quickly see why the US can so easily become so mistrusted and disliked in so many countries. Plus that final chapter on assisted suicide and our rights to do what we want, as long as it doesn’t harm others. 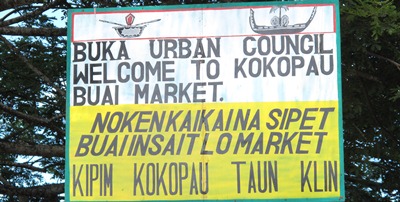 ▲ He barely touches on that popular Asian and Pacific stimulant the betel nut. In Papua New Guinea it’s known as buai and I spent some time wandering the buai markets of Kokopau and Buka, on opposite sides of the Buka Passage which separates Buka from Bougainville. The Kokopau buai market sign warns you, in pidgin English, not to chew baui in the market and to ‘kipim Kokopau taun klin’ – keep Kokopau town clean. Air Niugini must be one of the few airlines which warns you that not only is smoking banned so is chewing betel nut. 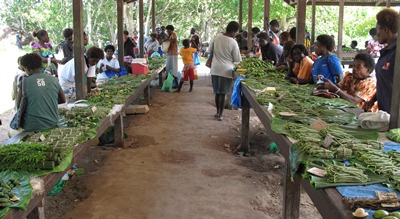 ▲ The market sold the three things needed for betel nut chewing – the buai nut itself (50t is about 25c US), the mustard stick (daka) and the crushed-coral lime powder (cumbung). Like cigarettes or alcohol first encounters with betel nut are not pleasant! Long term use stains your mouth and teeth red, keep going and eventually your teeth will turn black. 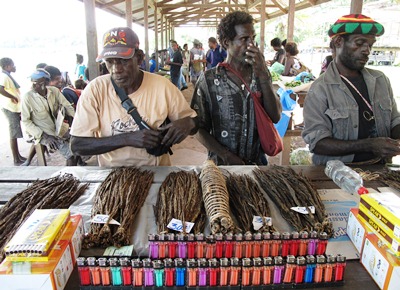 ▲ Tobacco leaves, pre-rolled (in newspaper) cigarettes and cigarette lighters were also on sale in the market.

The Devil’s Picnic also only mentioned fleetingly another popular intoxicant, the qat or khat of the Middle East and East Africa, particularly Somalia and Yemen. Coincidentally when I arrived back in Australia after my PNG trip my taxi driver from Melbourne airport was from Somaliland and he told me were to find qat – if I needed some – near the Lonely Planet office in the Melbourne district of Footscray.