I had eight days to kill before meeting up with my Kilimanjaro friends so I spent four days on Zanzibar Island (now there’s another of those ‘want to go there’ travel names) and four days on safari in Lake Manyara National Park, the Serengeti and the Ngorongoro Crater. Some images: 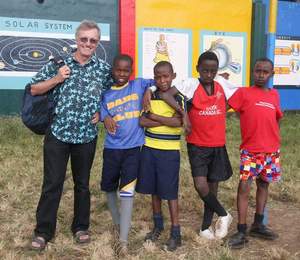 Before and after climbing Kilimanjaro I stayed at the School of St Jude, just outside Arusha the popular jumping off point for safaris and mountain climbing. The school is a fantastic project to provide education for kids who are both very smart and very poor. See their website for more details. 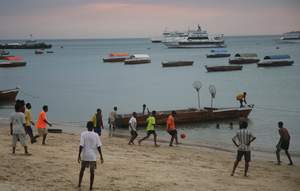 Beach football in front of the ‘House of Wonders,’ I was sipping a beer in Mercury’s, a beach bar named after Zanzibar’s most famous recent citizen: Freddie Mercury of Queen fame. Yes, he was born in Zanzibar. 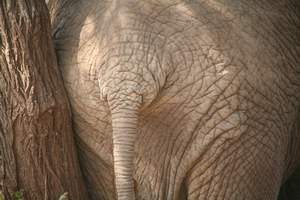 Elephant posterior – if wrinkles are a sign of character then this pachyderm had plenty. 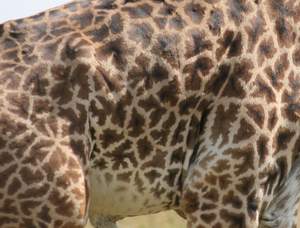 The patterns of a giraffe are just as interesting as the wrinkles on an elephant. 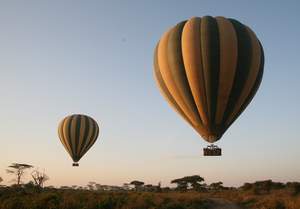 Hot air balloons over the Serengeti – could there be a better way to see the wildlife? One of the passengers yelled down, ‘we’ve just seen some lions.’ 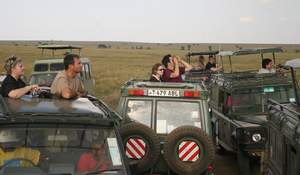 One of the problems of popular African parks is when hordes of vehicles zoom in on one animal, these visitors are all focussed on the same solitary leopard. It was completely ignoring all of them. 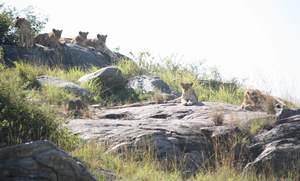 Five lions on a rock – just basking in the sun. On the other side of the rock there were three more and later we saw three hanging out in a tree.