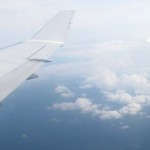 ‘Winglets,’ those little flick up bits at the end of an aircraft’s wings, are all the go. They first appeared on an assortment of gliders and privates jets, but as regular passengers we probably first saw them on the Boeing 747-400 from 1985. Forget the buzzwords and ...