▲ The Wall at the Qalandia checkpoint between Ramallah and East Jerusalem ◄  Travelling around Palestine you certainly don’t get away from the Israeli settlements or The Wall – aka the Security Wall, the Separation Wall, the Segregation Wall or the Apartheid Wall...

▲ Sunset camels in the Jerusalem Wilderness above the Dead Sea I’ve been travelling around Palestine and then on to Israel. First lesson, there’s nothing dangerous about Palestine. Terrorist talk has comprehensively scared tourists away and the Israelis don’t mak... 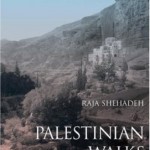