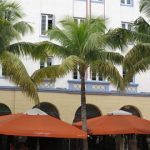 How big do the numbers have to be to for things to be really bad? Here’s a Victoria (state of Australia), Florida (state of USA), UK comparison. I’m 20 days into the Australian state of Victoria’s ‘State of Disaster’ lockdown – so tomorrow we’re half way into our s... 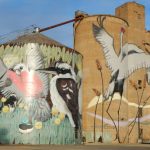 Silo art has become an attraction all over rural Australia in the last few years. Check this website for an excellent overview of the story all over the continent. In April last year I spent two days following the silo art trail in the Wimmera region in the north-west... 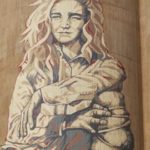 Head out to the north-west of the Australian state of Victoria and you come to a lot of flat farmland, dotted with a scatter of small towns – country towns in the Australian parlance. The area is known as the Mallee and part of it as the Wimmera. They’re regions that ...

The Yarra River is so tranquil as it flows past my place, close to the centre of Melbourne, Australia’s second biggest city, that it’s hard to believe there are rapids further upstream. I’ve been out on the Yarra – the ‘muddy Yarra’ as it’s usually described – wi...

▲ Afghan kite, Australian gum tree Australia Day on 26 January is Australia’s equivalent of the USA's 4th of July or France’s Bastille Day (there isn’t a UK equivalent). I go some- where in the state of Victoria every year as part of the ‘Australia Day Ambassador...