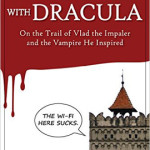 A former Lonely Planet author Leif Pettersen worked on the Lonely Planet Romania guidebook and it’s pretty clear Count Dracula got his fangs in to Leif at some point. Backpacking with Dracula, available on Amazon as an ebook, supplies way more information on Transylva...

The Saxon villages of Transylvania

The Saxon villages of Transylvania are a GHF project, they’re attempting to preserve villages which have suffered depopulation and neglect since the fall of Communism in 1989. ▲ These beautiful little villages preserve not just medieval architecture, but a medieval... 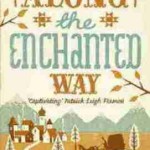 William Blacker heads off to Romania soon after the collapse of the Soviet Union, the fall of the Berlin Wall and the violently ignominious end of the Ceaușescus. It’s often speculated that North Korea’s dynastic dictatorship may come to an equally surprising and rapi...