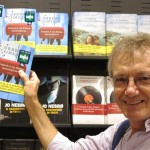 Last week I was listening to Tim Flannery as the ‘curator’ of the Deakins Lectures, a series of 10 lectures, addresses and discussions on the subject of climate change. Tim is a man of many hats from running the South Australian Museum to being Australian of the year ...