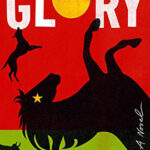 Funny how you can go in half a dozen short steps from the Booker Prize to Zimbabwe to Cecil Rhodes to Joshua Nkomo to Robert Mugabe to North Korea to Nancy Pelosi to Taiwan. Zimbabwean author NoViolet Bulawayo’s new novel Glory has been longlisted for the 2022 Book...

I’ve got three bicycles and only one of them is coming with me to Africa for my leg of the Tour d’Afrique in March. That’s my Wheeler 5900 ZX mountain bike. I bought it in 1997, it was made in Taiwan, 24 speed and I’m running it on road tyres, although I may ta...

I’m running through some travel lists for 2008, in the past four days I’ve ticked off interesting hotels, my best music experiences, great flights and cars & drives. There were lots of interesting museums, galleries and exhibitions during 2008 and that’s today’s t...