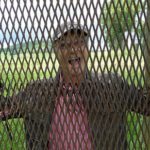 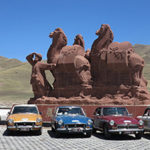 It’s always interesting when your travels take you somewhere which doesn’t turn up on an internet search. In English at least, there’s probably lots to be said about Ebao (or E Bao or Ebuzhen) in Chinese. We stopped for lunch in Ebao on Day 47 of my recent Silk Roa...

My 103 day, Silk Road Odyssey from Bangkok to London in an old MGB is all over. ‘Burgundy,’ my 45-year-old car is safely in London and I’m looking for a new home for it, anyone want a well looked after English sports car? Comprehensively overhauled and then used for o... 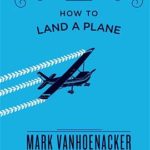 How to Land a Plane

In Skyfaring - his 2015 best seller on the mystery and magic of flight - BA 747 pilot Mark Vanhoenacker told how he did it. Now in this 64-page addition to the Quercus series of ‘how to do it’ books he tells us how to do it ourselves. Land that is. Taking off is no... 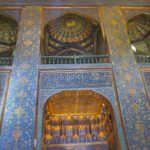 We’re through to Day 92, our last day in Asia, tomorrow we cross the Dardanelles, from Asian to European Turkey and then on into Bulgaria. But more on Turkey shortly, meanwhile here’s a quick summary of Days 76 to 84 in Iran. Tashi was my co-driver on this stage an...