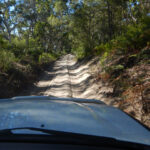 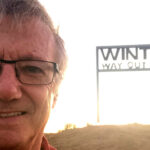 From Longreach I jumped in a rent-a-car and continued west to Winton, way out west. From Winton if you continue further west you reach Boulia and then you’re out of Queensland and into the Northern Territory. ▲ As you approach Winton there are signs letting you kno... 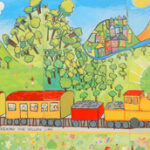 Spirit of the Outback – the train from Brisbane to Longreach

▲ I took Queensland Rail’s Spirit of the Outback train from Brisbane to Longreach. It’s 600km north along the coast from Brisbane to Rockhampton then 700km due west inland and into the outback. That’s 1325km in total, which takes almost 26 hours. That means an average...

Back in 1991 Maureen and I, with our daughter Tashi (10 years old at the time) and our son Kieran (aged 8), set out to drive from Melbourne to Cooper Creek near the town of Innamincka in South Australia. We were following the track of the Burke & Wills e...

We’re just winding up research and production for the next edition of our Australia guide (Australia-15). This time around it has involved 15 writers who between them put in 65 weeks of on-the-ground research. The current edition is Australia-14. Which made me thin...