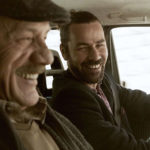 Wajib & its Insights into Nazareth

The film Jirga recently took me back to Afghanistan and now Wajib takes me on a quick return trip to Nazareth, the Palestinian centre in Israel. A wajib is an obligation, not an absolute necessity, that’s a fard, but something you should do. Like deliver invitations f... 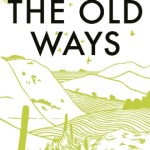 I finally got around to reading Robert Macfarlane’s much acclaimed (and best selling) walking account – the ‘Book of the Year’ for many critics. Much of the The Old Ways follows the old routes of Britain, including offshore routes both by boat and on foot. That includ...

I’m chairing the panel of judges for the 2012 Dolman Travel Book of the Year Award, the annual award for the best British travel book. Currently I’m working through the entries with my fellow judges Sarah Spankie of Conde Nast Traveller magazine, Susie Dowdall the Boo...