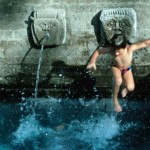 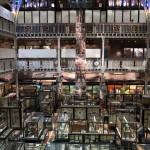 Driving through Oxford, Maureen and I stopped to look at the Pitt Rivers Museum. It opened back in 1887 after Mr Pitt-Rivers donated his 20,000 item ethnographic collection to the university. Since then the collection has expanded to 300,000 items, all the sort of t...

◄ North-west of London and just beyond Oxford the town of Burford is regularly cited as one of the prettiest in England. Of course it’s well equipped with pubs, like any pretty English village or town, although it’s unclear why there should be a mermaid pub so far...