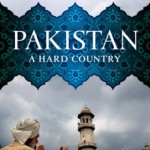 The Japanese advance across the Pacific had been turned round at Guadalcanal in the Solomons and the Americans were now advancing north. On 13 April 1943 from his base at Rabaul on the Papua New Guinea island of New Britain, Admiral Isoroku Yamamoto set out on a moral...

◄ The Faisaliah Tower in Riyadh, Saudi Arabia. The tower was designed by UK architect Sir Norman Foster and built by the bin Laden family’s construction company. After all the talk about Osama bin Laden hiding out in a cave in the unpoliced badlands along the Pakis...