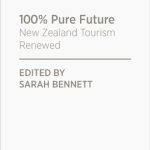 I’ve been involved in various pandemic projects including contributing to BWB Texts in New Zealand’s 100% Pure Future – New Zealand Tourism Renewed. The publisher’s summary: • Covid-19 has had a devastating effect on New Zealand tourism, but the industry was alre... 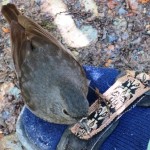 A Southern Robin on my Shoe

On my final day on the Routeburn Track in New Zealand I encountered a number of southern robins or bush robins. They look just like the English robin red breast, except they’re bigger and more robust looking and sport yellow breast feathers instead of red ones. The En... 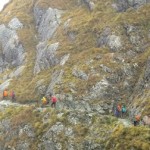 I don’t have the best of luck with New Zealand walking. Walking in Nepal the weather has always been beautiful for me. In England I’ve had some miserable days between the sunny ones. In New Zealand they always seem to turn the rain on when I arrive. ▲ The final ste... 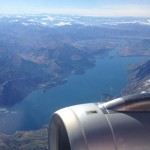 I made a quick trip from Australia to New Zealand to speak at a TEDx conference in Queenstown in early April. Unfortunately I didn’t have a chance to do anything apart from the conference – I’ve got some New Zealand walks which remain high on my must do list. ▲...