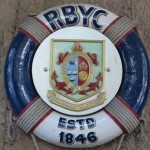 Mumbai or Bombay it’s always good to revisit the business (and Bollywood) capital of India. A wander around central Mumbai took me past plenty of interesting architecture, like the art-deco Eros Cinema. ► St Thomas Cathedral has an extensive collection of British m...

I’ve been in Mumbai and Delhi in India helping the newest Lonely Planet office – Lonely Planet India – launch their first 10 guidebooks ‘for the Indian Traveller.’ They’re in English, but specifically developed for the rapidly growing Indian overseas travel market. Fr...

Need a page turner while you’re travelling around India? Then try one of Chetan Bhagat’s books. His best selling novels are a fine introduction to contemporary India and the life of young middle class Indians. People leading the charge into software, computers and cal...

Maureen and I are in Mumbai for the launch of the Indian edition of the Lonely Planet magazine. The UK edition launched 12 months ago and our partners BBC-Worldwide are launching more editions around the world including – on Friday 29 January – in India. So we'...