‘A Story of Greed, Terror and Heroism in Colonial Africa’ is the subtitle of this page-turner of a history. The Greed is down to King Leopold, the Belgian horror story, who grabbed a large tranche of central Africa and ran it ruthlessly as his personal colony. The Ter... 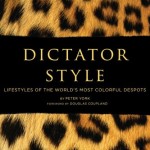