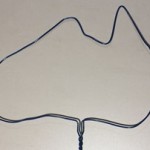 A Classic Map of Australia

The National Library of Australia’s Mapping Our World exhibit in Canberra is a big hit and runs until 10 March. I spoke about my own mapping interest at the library in late November and admitted that despite my long involvement in map I’m not a collector and certainly... 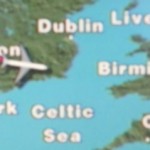 I’m always delighted at how many things carry on and on in London. Here are three I’ve been to recently. ▲ I finally got to St Martin’s Theatre to see Agatha Christie’s Mousetrap. At 59 years and still packing them in it’s London’s longest running play. There was...

▲ Gauguins in Moscow's Pushkin Museum My lengthy stay in London concluded with a visit to the Gauguin exhibition at the Tate Modern. I’ve made lots of visits to French Polynesia, including working on a couple of editions of our Tahiti & French Polynesia guid...