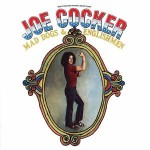 He died yesterday, left a lot of great records and great performances, but also provided Lonely Planet with its name. Almost. ◄ Mad Dogs & Englishmen, a great rock & roll band on the road movie, a great double album It’s 1973, Maureen and I have just... 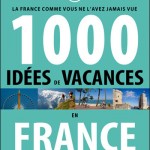 1000 Ideas for a Vacation in France

I'm off to France next week to help mark 20 years of Lonely Planet publishing in French. Recently I wrote the foreword to '1000 Idées de Vacances en France.' You can't get it in English, but here's my original - pre-translation - contribution. It’s first trips ...

Maureen and I arrived at the Taj Mahal in Agra, India on our first wedding anniversary on 7 October 1972. We'd driven from London to Kabul in Afghanistan where we sold our car and were continuing east on a trip that would eventually end at Sydney in Australia. And lea...

On my recent visit to Moscow to help with the launch of the first Lonely Planet guidebooks in Russian I was intrigued by the interest in a Russian language version of Lonely Planet’s Russia guide. I’ve always said that our first Russia guidebook was the most difficult...