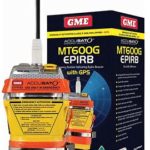 On January 18, the MV Butiraoi, a 17.5 metre catamaran ferry with 50 people on board set out from the Kiribati island of Nonouti on a two-day, 240km trip to the main island of the nation, South Tarawa. It never arrived and a New Zealand Air Force Orion aircraft has be... 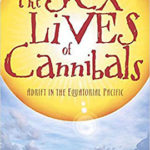 The Sex Lives of Cannibals

While I was travelling the islands of Kiribati – South Tarawa, North Tarawa and brief visits to a couple of outer islands – during November I read J Maarten Troost’s The Sex Lives of Cannibals, the perfect Kiribati (well mainly South Tarawa) book. You have to go a lon... 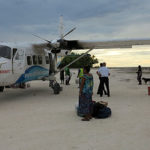 My visit to Kiribati featured North and South Tarawa, but it was was too short to explore any of the outer islands, you’d have to at least overnight and flights don’t operate every day. Plus you’d have to allow extra time, just in case weather or Air Kiribati malfunct... 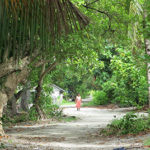 ▲ Having looked around crowded South Tarawa it was time to move to uncrowded North Tarawa. The road that runs from one end of South Tarawa (Betio) all the way to the other end (the airport at Bairiki) continues a bit further and then crosses a bridge to Buota, the fir... 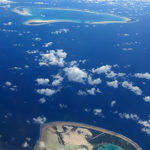 In the British colonial era it was the Gilbert half of the Gilbert & Ellice Islands. Kiribati gained its independence in 1979, became a member of the United Nations in 1999 and has a population of 115,000. Over 50,000 of that population are crammed on to the strin...