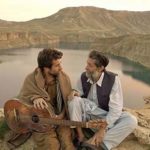 Benjamin Gilmour, a very enterprising Australian filmmaker, has just released Jirga, a film not just set in Afghanistan, but actually made there. Mike Wheeler, an Australian soldier stationed in Afghanistan, took part in a raid on a village in the Kandahar area of ...