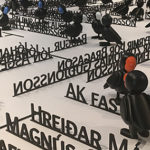 Maureen and I made a quick trip to the southern Australian city of Adelaide to catch Neil Armfield’s operatic take on Shakespeare’s Hamlet and the Robert Lepage production of The Far Side of the Moon along with assorted other art and events at the Adelaide Arts Festiv... 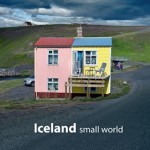 In Iceland small world photographer Sigurgeir Sigurjónsson sets out to capture the drama of his small island home. Indeed most of the views are of dramatic landscapes: waterfalls, geysers, ice, snow, lava, storm-swept beaches, rocky pinnacles and almost all under blac...

The Amandine – a Belgian Trawler

My recent visit to Belgium was in pursuit of King Leopold II’s Belgian Congo connections in Brussels and Ostend. I was only a few steps out of the Ostend train station when I came upon the Amandine, the last Ostend fishing trawler to operate in Icelandic waters. L...

Lonely Planet’s Best in Travel 2011 stirred up the usual interest on its release. Assorted cities (including Tel Aviv and Australia’s Newcastle – not the British version) noted their inclusion in the ‘Top 10 Cities’ category. US Secretary of State Hillary Clinton, vis...