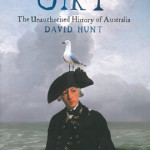 Girt – by the sea

It’s the word in the Australia national anthem – Advance Australia Fair – which causes all the head scratching and sour expressions. Verse 1, Line 4: Our home is girt by sea Archaic word meaning surrounded by or washed by, ie Australia is an island. Oh really? ... 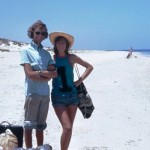 ▲ Maureen and I arrived in Australia – on the beach at Exmouth on the North-West Cape of Western Australia – on 7 December 1972. In a few weeks time that will be 42 years ago. ▲ Exactly five days earlier Gough Whitlam had been elected Prime Minister with the electi...