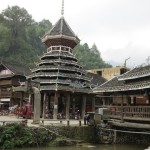 Global Heritage Fund are working on the preservation of Dali, a Dong minority village in Guizhou province, but tourism has already arrived at some corners of the region. Notably in Zhaoxing, described in the Lonely Planet China guide as the ‘quintessential Dong villag... 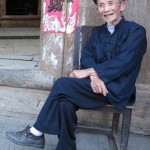 My Guizhou trip was involved with Global Heritage Fund’s work in the region. Guizhou is one of the most ethnically mixed regions of China with minority groups making up more than a third of the total population. The biggest group are Miao people, closely related to th...