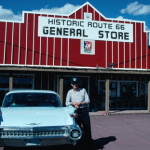 I’ve blogged about Detroit a number of times over the years including when I drove through Detroit in 1994 on a coast-to-coast Odyssey in a fine old piece of ‘Detroit iron,’ a 1959 Cadillac. Or more accurately Detroit chrome.   ▲ Here I am with that ’59 Cad... 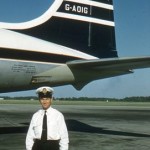 Back to the ’50s – Vintage BOAC Airliners

I seem to have encountered Detroit regularly in recent months. I enjoyed Mark Binelli’s superb book about the collapse and fall of the Motor city. Then I noticed Detroit shopping bags in a Whole Foods Supermarket in London. And Made-in-Detroit Shinola bicycles in Palo... 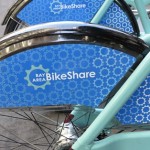 I haven’t been back to the San Francisco Bay Area since 2009, this trip I’ve noticed a few new bicycles. Starting with the Bay Area Bike Share scheme. ▲ I’m pretty sure it’s the same Montreal designed bicycles-locking stations-software system that I’m also famili... 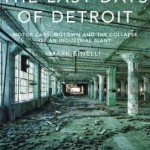