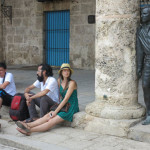 Havana is a great city for people watching, whether they are Cubans or visitors. ▲ Lounging in Plaza de la Catedral beside the statue of flamenco dancer Antonio Gade lounging against a pillar. There are lots of statues like this one around Havana – variously loungi... 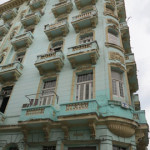 ◄ There’s lots of it and you encounter it everywhere you walk. Like the Casa Particulares – a Cuban B&B, Airbnb without the internet – where I stayed on Calle Concordia in Central Havana, a few blocks back from the Malecón. My room has one of those balconies up to... 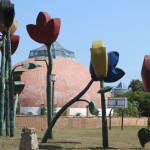 Wearing my Global Heritage Fund archaeology hat I visited a very modern archaeology site in Havana, the National School of Arts in Marianao. Here’s the rather flower power School of Fine Arts at the complex. ▼ Soon after the revolution Fidel and Che were out playing ... 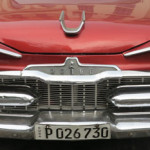 On my last trip to Cuba in 2014 I was delighted to note that the old American cars seemed to be looking better than ever. Many of them resplendent in pastel shades that never featured on the Detroit colour charts back in their era. ▲ Two years later there’s no chan... 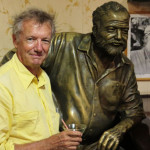 When I visited Cuba in 2014 Ernest Hemingway’s hideaway, Finca la Vigia, the Museo Hemingway wasn’t open. Somebody was making a film. ▲ Hemingway’s study It was certainly open this trip and this major Havana attraction was very popular. The house is a delight an...