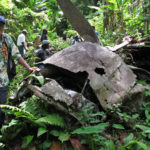 One of the remarkable things about our world today is that so often people in the street – you and I – seem to be so much smarter than the politicians who govern us. There’s no way we can ignore the effects of climate change, but it seems to take a teenager like Greta... 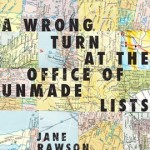 A Wrong Turn at the Office of Unmade Lists

Yesterday I posted about wacky Chinese buildings, today it’s a wacky Melbourne book. Jane Rawson’s novel A Wrong Turn at the Office of Unmade Lists combines a dystopian Melbourne in 2030, crippled by climate change, industrial meltdown and societal collapse, with a li...

Last week in Melbourne, Australia I went to a series of lectures, discussions and Q&A sessions on climate change. Presented as the 2010 instalment of the Deakins Lectures, named after Alfred Deakin, Australia’s second prime minister, the programme took place under...

In December I had two lost bag events in the past 12 months. Now it’s three. This time it was Emirates which left Maureen’s bags behind in Dubai (I was already in London), they had plenty of time to transfer the bags from one flight to the next so I guess the excuse w...