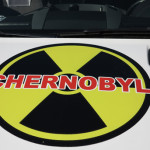 A Day Trip to Chernobyl

Or Chornobyl? That’s the Ukrainian spelling and that’s where the deadly nuclear reactor is located. Chernobly is the Russian spelling. Ditto for Kyiv (Ukrainian) and Kiev (Russian) ◄ I’m standing outside Reactor 4 and holding up a Geiger counter to show that I’m qu... 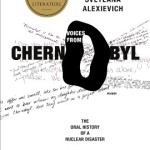 Voices from Chernobyl – The Oral History of a Nuclear Disaster

Last year’s winner of the Nobel Prize for Literature, Svetlana Alexievich’s Voices from Chernobyl – The Oral History of a Nuclear Disaster is exactly what its title indicates, a series of monologues about the Chernobyl meltdown. Human error (a foolish shutdown ... 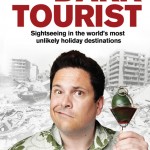 Since I’m finishing writing a book to be titled Dark Lands – Colombia is the last chapter and my Colombia travels concluded last week – I thought I’d better read Dom Joly’s The Dark Tourist. Mr Joly is a British comedian and he’s very popular with the British, or ...