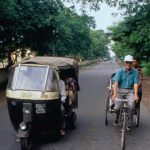 Amy Gillett was an Australian athlete – she rowed for Australia in the 1996 Olympics in the USA before switching to cycling. She was tragically killed in a training accident in Germany in 2005. Named after her the Amy Gillett foundation works for cycling safety in Aus... 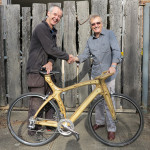 My New Plycycle – a plywood bicycle

I like bicycles, I’m not a collector, but I do have a few of them. They get used whether it’s just riding around Melbourne – here’s a comparison of my three bicycles in that city. Or riding further afield, like trying out my new London bicycle with a little London-Par... 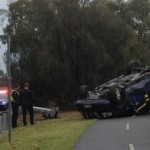 Parking on the Cycle Path

Three mornings a week in Melbourne I ride about 6km along this cycle path to the gym. Yesterday I came past this point on my way to the gym, but when I came back after my 30 minute session someone had parked right in the middle of the path. 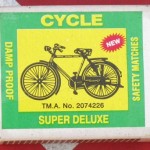 I like bicycles and every time I go to India I contemplate bringing back a Hero bicycle. It could join my small (just three bikes) collection in Australia or my London bicycle – which I rode London-Paris a couple of years ago. Although in London I’m often out on B...

I spent several weeks kicking around the two Congos with stops in Lubumbashi, Kinshasa, Kisangani and Goma in Congo DRC and a sidetrip to Brazzaville in Congo Republic. And then I went on to Rwanda to finish my trip. Along the way I also got a great view of Kilimanjar...