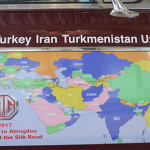 MGBs on the Silk Road to London

I’m driving an old MGB to London, following the Silk Road on a trip that will take us through Thailand, Cambodia, Laos, China, Kazakhstan, Kyrgyzstan, Uzbekistan, Turkmenistan, Iran, Turkey, and assorted countries in Europe. ▲ Here’s our route on the door of my car... 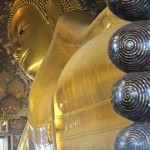 ◄ A short visit to Bangkok, prior to setting off on a longer trip, and I made return trips to some familiar sites. Like Wat Po with its gigantic reclining Buddha figure, all the way from the top of its head to to the tips of its toes. ▲ Stupa figures in the Royal P...

100 Places You Will Never Visit

Daniel Smith adds to the list of travel list books – Lonely Planet has certainly done a few of them – with 100 Places You Will Never Visit. In fact some of them you probably won’t want to visit – terrorist would prefer to avoid Guantánamo Bay, ditto for drug smugglers...