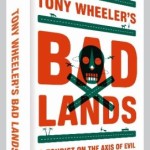 Bad Lands – my foray along the Axis of Evil, President George W Bush’s trio of Iran, Iraq and North Korea, plus six other ‘bad’ countries, was published in April 2007. A revised second edition came out in mid-2010 and I commented that remarkably little had changed: ‘T... 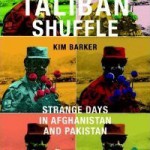 Twitchhiker (Paul Smith) is the second travel book this year which I have really not liked, To Hellholes & Back was the other. The premise: hitchhike from north England to the antipodal position on earth, Campbell Island off to the south of New Zealand. He does...

J  Maarten Troost’s recently published book on China, Lost on Planet China, seems to follow the Paul Theroux school of travel writing, the grumpier I am the better the experience. By the end I was a little fed up with his constant complaints about pollution, greedy ta...